Unibet might be Sweden's premier iGaming platform, but it’s undoubtedly the darling of Europe's sports betting scene. Established in 1997 and now serving more than 15 million customers in over 100 countries. Plus, they have a fantastic £30 Free Bet to get you started.

Five Players Who SHOULD be Given an England Chance

Michael Owen in 1998, Theo Walcott in 2006 and Luke Shaw in 2014 – every youngster wants to emulate the achievements of those young upstarts, all of whom shocked an entire nation by appearing in their respective World Cup squads. 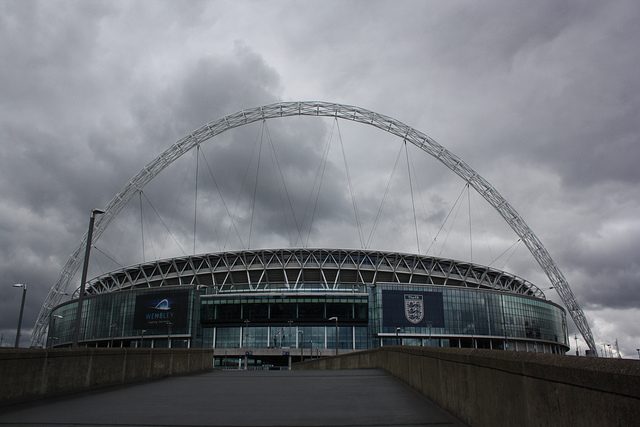 The 2017/18 season has been a crucial one in terms of helping England youngsters realise their boyhood dream. In the past few months, England boss Gareth Southgate has granted debuts to several breakout players, including Liverpool defender Joe Gomez, Everton goalkeeper Jordan Pickford and Crystal Palace’s loanee midfielder Ruben Loftus-Cheek.

Those three already have a fair chance of making it into Southgate’s final 23, but with only a handful of warm up games left, England chances for other fringe players or uncapped youngsters are coming at a premium. One development that has worked in favour of players aiming to break through is England’s presence in a group seen as one of the easier of the eight to negotiate.

England’s relatively high buy/sell price in sports spread betting at Sporting Index for World Cup groups is a reflection of the near-universal belief that the Three Lions can coast through, even if some fringe players make a surprise appearance. So just who else deserves an England call-up for the big one? In no particular order…

He has picked up a reputation as something of a journeyman across the lesser lights of the Premier League, but the product of Chelsea’s youth system has found a home at Turf Moor. With tireless industry and the ability to act as an enforcer or a visionary as the situation dictates, Cork has emerged as a major cog in the midfield engine that makes Sean Dyche’s Burnley squad so difficult to face.

Though he has made his England debut, Cork did so as a late substitute on 10 November against Germany. He has yet to truly prove himself on the international stage, but all he can do is keep on getting results for Burnley and live in hope.

In a Faustian twist, the Chelsea midfielder has faded from the England scene since making a move from Leicester to the bright lights of Stamford Bridge on deadline day. His inexplicable omission from Roy Hogdson’s Euro 2016 plans, in favour of a half-fit Jack Wilshere, was met with rage from a nation preparing to mourn half a century of trophyless hurt.

The Premier League title winner has never recovered from that disappointment, but there may yet be a place for him on the plane to Russia. His playing time has been limited under Antonio Conte, but Gareth Southgate may still see him as something of an experienced wild-card to play in times of desperation.

While he has much to learn before getting anywhere near the England squad, there can be no denying that Calvert-Lewin has given wholehearted performances when wearing the royal blue of Everton.

Despite being tasked with spearheading every attack under Sam Allardyce, he has netted some important goals under pressure. Standout examples are the killer second goal against Huddersfield, Allardyce’s first game as Everton manager, and – perhaps most crucially of all – the equalising goal against Watford, on a fraught Bonfire Night that began with Everton in the drop zone.

Gray has emerged as one of Leicester’s most improved players after the disaster that was Ranieri’s second season at The Foxes. Since becoming Leicester manager, Claude Puel has shifted to a game plan that involves Gray in a more expansive range of playing phases, making optimal use of his youthful dynamism on the pitch.

This has brought out the best in the Birmingham-born winger, and it is surely just a matter of time until he makes his senior England debut. One friendly appearance will not be enough to get him on a plane to Russia, but inclusion in the Euro 2020 squad is certainly on Gray’s radar.

The second Evertonian in this list of left-field picks for Russia 2018, and something of a victim of his own success, Davies has not hit the same heights he did at the beginning of 2017. However, his presence guarantees crunching tackles, relentless harrying, and the sort of forward drive that occasionally has shades of a prime Paul Gascoigne.

Born on the same day that David Beckham infamously saw red for lashing out at Diego Simeone in Saint Etienne, Davies has made just two appearances for the England U21 side so far, but he is as ready as he will ever be to make the biggest leap of all.

Can England and Germany March on to Russia 2018?